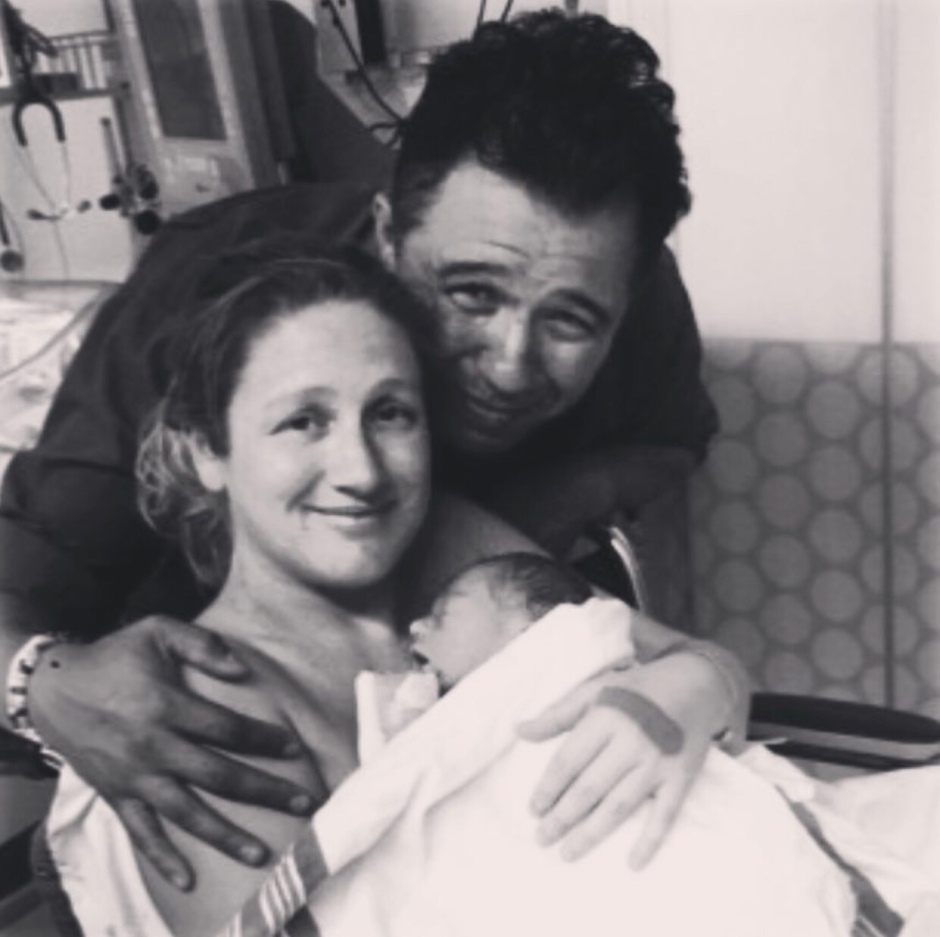 So, we have a baby now. Before that I was pregnant. That’s the order these things usually go in, so I’d say we’re off to a good start. When I was pregnant I was really excited to have Logan and write about my experience as a mom every night after he went to bed. So he’s 9 months old now and this is my first post since he was born. Well, a lot has happened. There’s been a lot of laughter and tears (from all of us), a lot of puke and poop (also from all of us), some amazing times and some times that I’m not even sure happened because I was so tired. Everyone is sleeping better now and I feel like myself again. For a long time I wondered if I would. Having a baby is hard! Even when everything is going great and we’re all happy it is hard work. But it is work that I love and Ro loves it too and for that I know we are very lucky. I have managed to jot a few things down when and where I can- my phone, an empty Desitin box, a Target receipt. It’s mostly stuff like “Logan puked in my water bottle today and I didn’t realize it until after I drank from it. Several times.” Or “Logan has 3 teeth- 2 bottoms and a fang up top. The waitress at IHOP called it a can opener.” Or “Logan smacked himself in the chest with a remote today and stared me dead in the eye without flinching like a thug on a prison yard trying to intimidate me. It worked.” The usual stuff I guess. Then there’s a lot of “Logan is so beautiful I realized I was holding my breath while staring at him today.” And “Logan smells so good it makes me dizzy.” And “Ok today for sure I really can’t possibly ever love him more than I do right now.” I write that one a lot.

It was lunchtime at the daycare and I was trying to get the kids into the dining room. Out of the corner of my eye, I noticed one of the girls fascinated by something on the floor. She was poking at it and squishing it in her fingers. I asked her what it was and she said, “Chicken poop.” I told her it looked a little bit too big to be chicken poop. “Oh,” she said holding it closer to her face, “then it’s kid poop.” It sure was.

I picked her up fast and washed her hands before she could stick her fingers in her mouth. As I was washing her hands for the third time, she told me whose poop she thought it was and then she said “its okay. He’s like me. I poop too.” Inspired by her inclusive and non-judgmental attitude I said, “that’s right, everyone poops. I poop too.” She stared at me for a second and asked “But do you poop on the floor?” No. I guess I don’t.

After she was clean, I decided to go check on the possible culprit. He was sitting on the floor smashing two tractors into each other. I asked him if he had poop in his diaper. He nodded his head and kept on smashing. He seemed pretty indifferent about his poo filled diaper. I took this as a good sign. If he didn’t care, then maybe it wasn’t that bad. I was wrong.

There was so much poop in that diaper that for a moment I just stood there staring at it. I looked at the boy and then at the poop and then back at the boy. It just didn’t seem possible. I finally snapped out of it, and began to change my first diaper ever. I didn’t really know what I was doing. I mean, I got it in theory – take off the dirty diaper, clean the kid off, put on a clean diaper. It’s just that there are some in between steps that are not explained in that theory. I had seen regular pee diapers changed on the changing table, but this was a whole different story. I’m not even sure where I went wrong. I think it might have been how I grabbed the diaper. I underestimated its weight and it kind of flopped the other way. Poop fell all over the place. My forearms, the table, the floor. Again, I just stared at it.

Luckily the kid was in a really good mood. He was smiling at me and saying poop a lot. I cant imagine what it would have been like if he were crying.

I finally cleaned everything up and we made it to lunch. To my surprise, I had not lost my appetite. In fact, I was starving. Apparently so was the boy. He made his way through three bowls of rice and peas. I looked up at the clock and smiled. I only had five more minutes of work. He could eat as much as he wanted. The next diaper he filled would be for someone else.